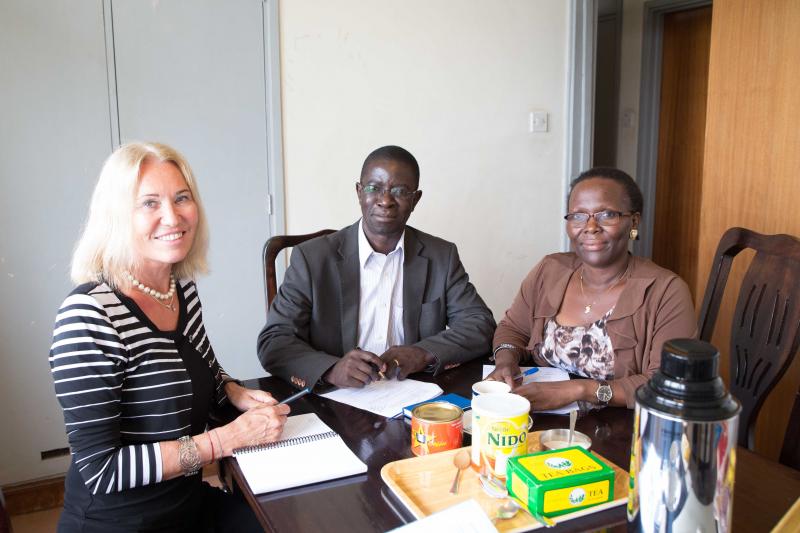 The Norwegian University College of Dance has renewed its commitment to work with the College of Humanities and Social Sciences (CHUSS) through the Department of Performing Arts and Film for the next five years! The Principal, Prof. Edward K. Kirumira, together with the Head of the Department of Performing Arts and Film, Assoc. Prof. Sylvia Nanyonga-Tamusuza  had several meetings late last month (April 2016) with the Rector for the Norwegian University College of Dance, Prof. Ann-Kristin Norum, to consolidate the collaboration. The existing Memorandum of Understanding that was due to expire this year has been renewed for another five years. The NUCD has also agreed to lead in the fundraising drive for infrastructure development for the Department of Performing Arts and Film. The first fundraising activity will take place in June 2016 at the NUCD in Norway.

The collaboration has so far seen groups of undergraduate Norwegian students, averaging 30 per year, come and study and work with students of Performing Arts and Film for three weeks capping the visits with wonderful and well attended two-day public performances at the National Theatre and at the beautiful theatre at Wonder World Kansanga Uganda.

Through the collaboration, 2 Uganda students were funded for their undergraduate degree course in Dance at NUCD and will undertake their Masters course at Trondheim University in Norway this coming academic year. The two students add to the much needed human resource in the Dance unit of the Performing Arts and Film Department.