On the side-lines of the African Union Extraordinary Summit on the African Continental Free Trade Area in Kigali, another historical event was taking 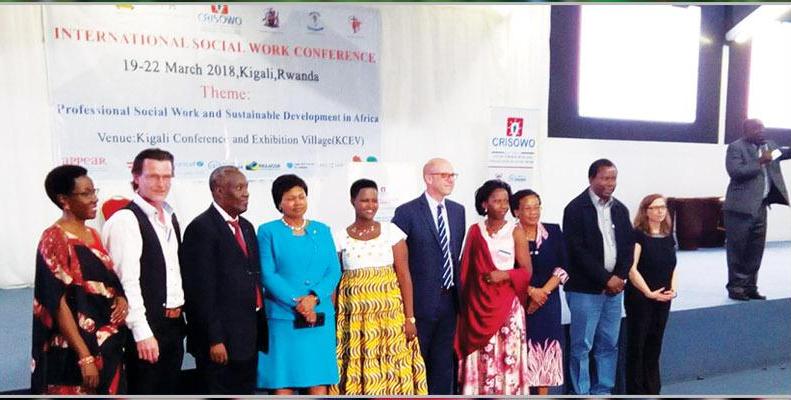 place from 19-22 March 2018, right in the heart of Africa: the gathering of close to 500 social work educators, practitioners, researchers, policy makers, students and service users in one of the largest and most inspiring International Social Work conferences on the Africa continent. The conference was organised under the auspices of the East Africa Centre for Research and Innovation in Social Work (CRISOWO), an initiative of 6 schools of Social Work in East Africa and Austria.  The involved partners include Makerere University, Uganda; University of Nairobi, Kenya; University of Rwanda, Institute of Social Work, Tanzania, Hope Africa University, Burundi and Carinthia University of Applied Sciences in Austria. CRISOWO evolved from an ongoing academic partnership project to promote professional social work in East Africa (PROSOWO) funded by the Austrian Development Agency under the Austrian Partnership Programme in Higher Education and Research for Development (APPEAR).

The International Conference under the theme: Professional Social Work and Sustainable Development in Africa, drew participants from 25 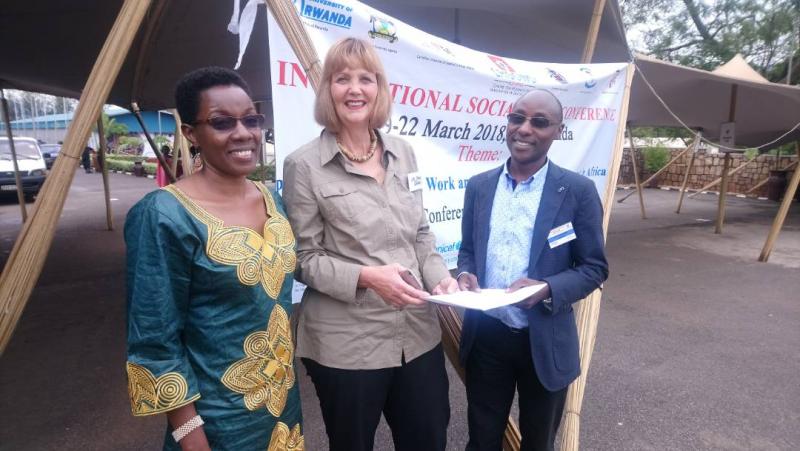 countries across Africa, the Americas, Asia, Australia, Europe and the Middle East.  Presentations and discussions underscored the significance and critical role of social work in national and regional development and implored national governments to give due recognition and regulate the education and practice of social work to further strengthen its contribution to sustainable development and promotion of social justice. A unique feature of this conference was the direct participation of users of social work services, who narrated first-hand how their lives and their communities had been transformed through the intervention and support of professional social workers. In a show of unity, delegates from diverse contexts marched on the streets of Kigali as they joined the rest of the World to mark the Annual World Social Work day, that is celebrated every 3rd Tuesday of March. Among the key dignitaries included Her excellency Matilde Mukantabana, Ambassador of the Republic of Rwanda to Washington DC as well as officials from Rwanda’s Ministry of Local Government, Ministry of Foreign Affairs and the Deputy Mayor of the City of Kigali.