As part of the activities organized to mark the African Statistics Week, the School of Women and Gender Studies Makerere University, in collaboration 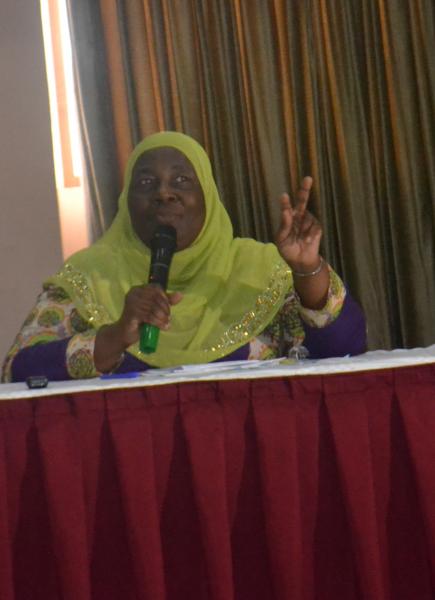 with the Uganda Bureau of Statistics (UBOS), the Ministry of Gender, Labour and Social Development and UN Women on 14th November, 2017 held a Gender Statistics Forum to discuss the relevance of gender statistics to national development.  The event took place at Imperial Royale Hotel in Kampala and was presided over by the Minister of Gender, Labour and Social Development, Hon. Janat Mukwaya. It was graced by among others, the Vice Chancellor of Makerere University, Prof. Barnabas Nawangwe, the Executive Director of UBOS, Mr. Ben Paul Mungyereza and the Deputy Country Representative of UN Women, Ms. Anna Mutavati. 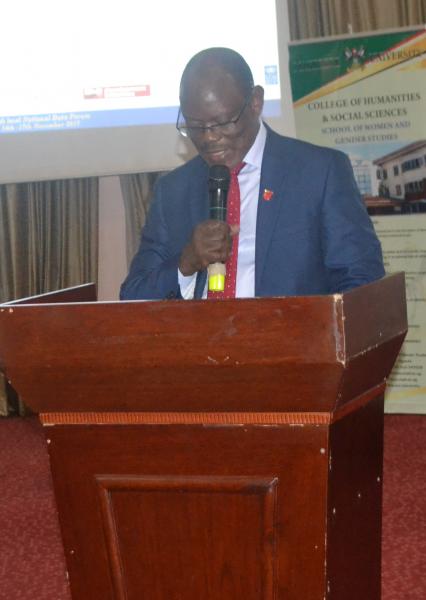 Ms. Ngone Diop, Senior Gender Advisor, United Nations Economic Commission for Africa (ECA) delivered the keynote address titled, “What Available Gender Statistics Tell Us and What They Don’t Tell Us?” whereas Dr Josephine Ahikire, Deputy Principal College of Humanities and Social Sciences, also former Dean, School of Women and Gender Studies at Makerere University presented the rapid assessment report on the use of gender statistics, specifically focusing on the use of the National Priority Gender Equality Indicators (NPGEIs) in monitoring the progress of gender equality in the country. In her remarks, Dr Ahikire noted that there was still low uptake of the NPGEIs in various sectors of the economy.  She called for increased engagement of key stakeholders at all levels on the utilisation of the NPGEIs, “with a clear roadmap generated through consultation". “NPGEIs should be made a living tool for planning, delivery and monitoring. There is need to create a holistic chain of gender statistics demand and supply,” she advised. The NPGEIs framework presents a list of gender responsive indicators for sectors namely; Economic, Health, Education, Leadership and Governance, Human Rights, Information and Communication Technology, Energy, Water and Environment and Agriculture.

Delivering the keynote address, Ms. Ngone Diop expressed concern over the lack of gender statistics on several critical issues including informal employment, Entrepreneurship, especially ownership and management of a firm or business, youth unemployment and unpaid care work and violence against women. She called for increased investment in gender statistics for better planning.

In her presentation on the role of gender statistics in addressing gender based violence, Ms Tina Musuya, the Executive Director of the Centre for Domestic Violence Prevention, said gender statistics were more important than ever in documenting the situation of women and men around the world. “Gender statistics are a necessary 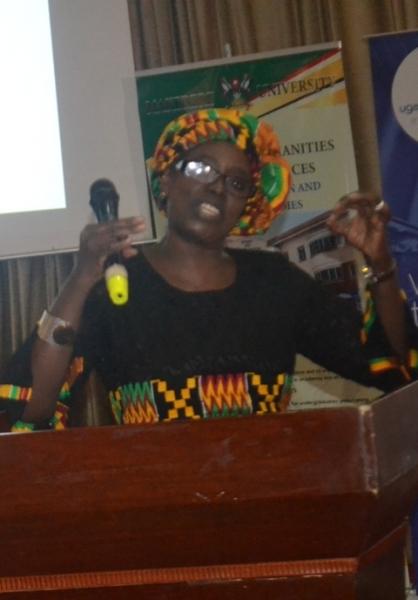 prerequisite for the systematic analysis of gender issues and the subsequent promotion of gender-equitable development processes. Insufficient sex-disaggregated data is a barrier to measuring progress in achieving gender equality and promoting the empowerment of women as well as in ‘effective policy formulation and programme design,” she noted.

Ms Musuya said “gender inequalities often remain unaddressed because they are poorly defined and as a result are ignored by many policy makers and development planners”.

Dr Dorothy Akello from the College of Engineering, Design, Art and Technology, Makerere University emphasized the importance of technology, specifically information and communication technology in promoting the empowerment of women. “There is need for greater research into women’s access to and use of the Internet and other ICT services in a bid to bridge the gender digital gap and subsequently foster development among women,” she noted.

Like the keynote speaker, the Guest of Honour, Hon. Janat Mukwaya, emphasized the importance of investing in gender statistics for better planning and more inclusive development. She called for increased sensitization of the populace on proper planning and development programmes in various sectors of the economy.

Addressing participants, the Vice Chancellor of Makerere University, Prof. Barnabas Nawangwe underscored the role of gender in fostering development. He described Uganda as the best set up and reference point for matters regarding gender and development. Presenting the various structures set up at Makerere to address gender inequality, Prof. Nawangwe implored nation states to work towards fixing the gender gap in various sectors of their economies. 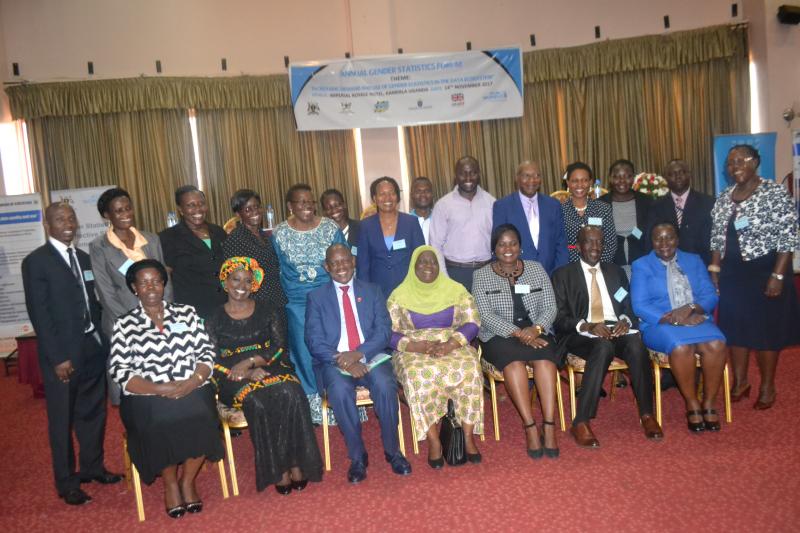 The Annual Gender Statistics Forum seeks to scale up knowledge and promote the utilization and institutionalization of gender statistics as one of the paths for holistic gender equality in Uganda. It provides a platform for dissemination and discussion of findings on selected sector subject areas namely; social development, energy, information and communication technology, land and agriculture. This year’s event was attended by over 200 participants from various institutions and organizations in Uganda. It was moderated by Prof. Grace Bantebya from the School of Women and Gender Studies, Makerere University and Ms. Jane Sanyu Mpagi, the Director of Gender and Women Affairs at the Ministry of Gender, Labour and Social Development.