The atmosphere was literally thick with words as literature teachers, students and enthusiasts from all walks of life gathered on Thursday 9th November 2017 in the Quality Assurance Directorate’s Telepresence Centre, Makerere University to launch Word Craft. Word Craft is a two hour documentary directed by Prof. Sr. Dominic Dipio, Department of Literature, College of Humanities and Social Science (CHUSS) focusing on the Word as what defines and shapes human relationship in its everyday and specialised usages.

“The role of film is to create a forum for people to talk about things” said Prof. Dipio quoting Ousmane Sembène, one of Africa’s greatest film directors and novelists. Prof. Dipio couldn’t hide her delight as she scanned the room and acknowledged the presence of her Principal-Prof. Edward Kirumira, Deputy Principal-Dr. Josephine Ahikire, Acting Dean-Dr. Gilbert Gumushabe, Head of Department-Dr. Okot Benge, Former Deputy Principal-Prof. Abasi Kiyimba, Former Head of Department-Dr. Susan Kiguli and so many great writers present. She sent the room into rapturous applause when she, in a special way, introduced Prof. Austin Bukenya, fondly referred to as Mwalimu-the man who taught her to “write with a PUNCH!”

Earlier, Wake; a Christian rapper, poet and spoken word artist had taken the audience on an engaging reflective journey with Ssengegya/sieve a poetic recital urging the audience to always carefully consider each and every word before they speak. But not even his soulful acoustic guitar-accompanied delivery could steal Word Craft’s limelight.

Prof. Dipio explained that the documentary explores the impact of the Word from three perspectives namely; the Spiritual, Traditional and Literal Word. Shooting of the film commenced during the Holy Week in April 2017 with upcountry scenes recorded in the Madi community of West Nile and concluded at the Department of Literature in Makerere. She paid tribute to her hardworking team led by Mr. Ramadan Ddungu.

Word Craft is a mellow no-frills film shot in typical documentary style, with soothing narrations dominated by Prof. Dipio, interspaced with several hymnals and traditional Madi pieces. It does not intend to put you at the edge of your seat but you will find yourself making multiple mental notes of questions that you’ll need answered thereafter. 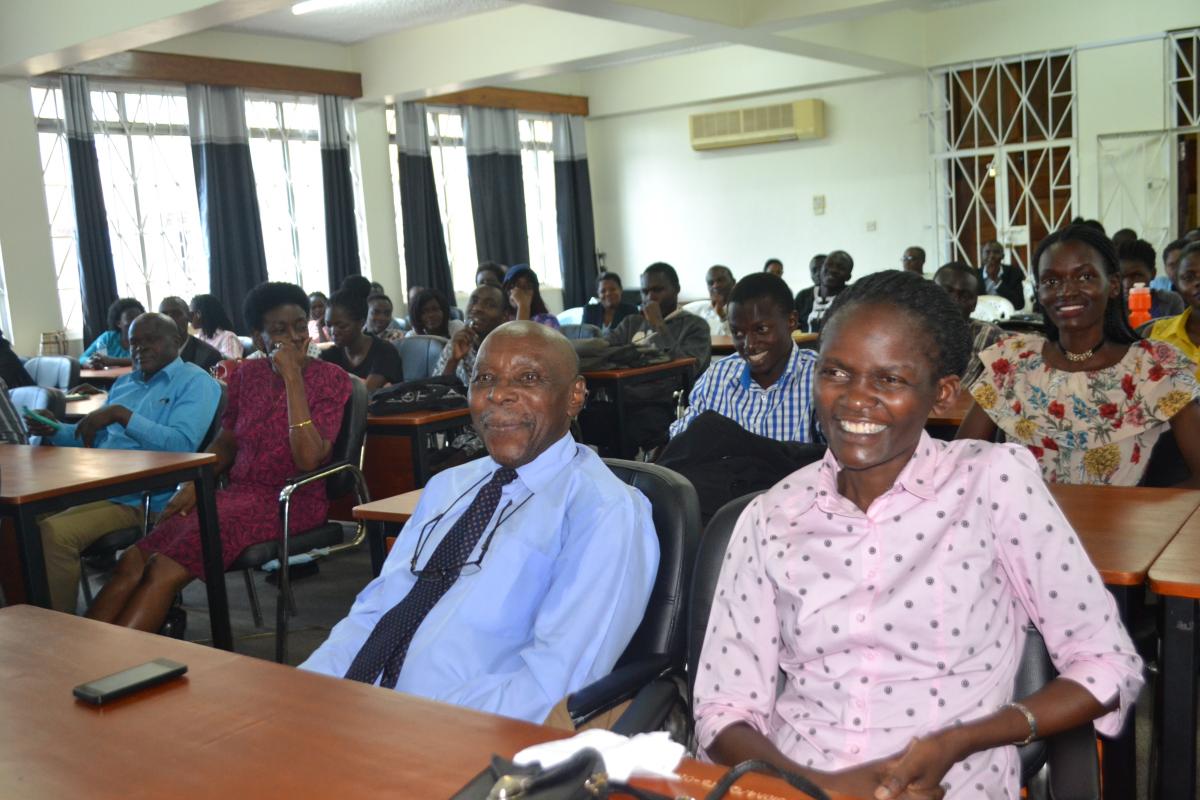 The film sets out on a spiritual tone with Father Alenyo delving into the potency of the Word of God as written in the scriptures and its creative effect, before crossing over into captivating traditional illustrations of the spoken word such as the ciliri by the Madi community. The audience was at one point rocked with waves of excitement when Mwalimu’s baritone and frame came into view as he animatedly recited a folktale to a handful of wide-eyed children. The captivated handful’s excitement would soon be replaced with fright as the tale turned creepy and the hitherto warm-voiced talebearer metamorphosed into a growling monster.

“Poetry is the first language of mankind” shared Prof. Abasi Kiyimba in the film “and poetry is part of the delivery” he added as he effortlessly broke into performing an Islamic prayer. He appreciated the role played by the spoken word, noting that traditionally, tales, poems and proverbs were tools that helped to nurture morals within the social and historical contexts.

As the film progressed into its Literal Word phase, in his usual philosophical style, Mwalimu observed that just as the ability to see words didn’t make one literate, the ability to say words didn’t make one articulate. “if you are going to speak precisely, proficiently and professionally, you have got to be trained. That is what is called oracy” explained Prof. Bukenya.

The aftermath of the screening had the audience bubbling with excitement; almost surging forth to share their views, and the moderator Dr. Danson Kahyana had to pull all the stops to preside over the proceeding panel discussion and audience interaction.

“This event is a continuation of a story that started from time immemorial. The word has always been there and I have been a part of it since 1968” shared Prof. Bukenya. He congratulated Prof. Dipio and the whole team involved in the film production upon a job well done. “Let us live the spoken word and let us not just live it in theory. I want us to be more communicative about the spoken word” encouraged Prof. Bukenya. He charged the audience to firmly guard against “tertiary orality” which often manifested itself in people talking more to their phones that to each other. 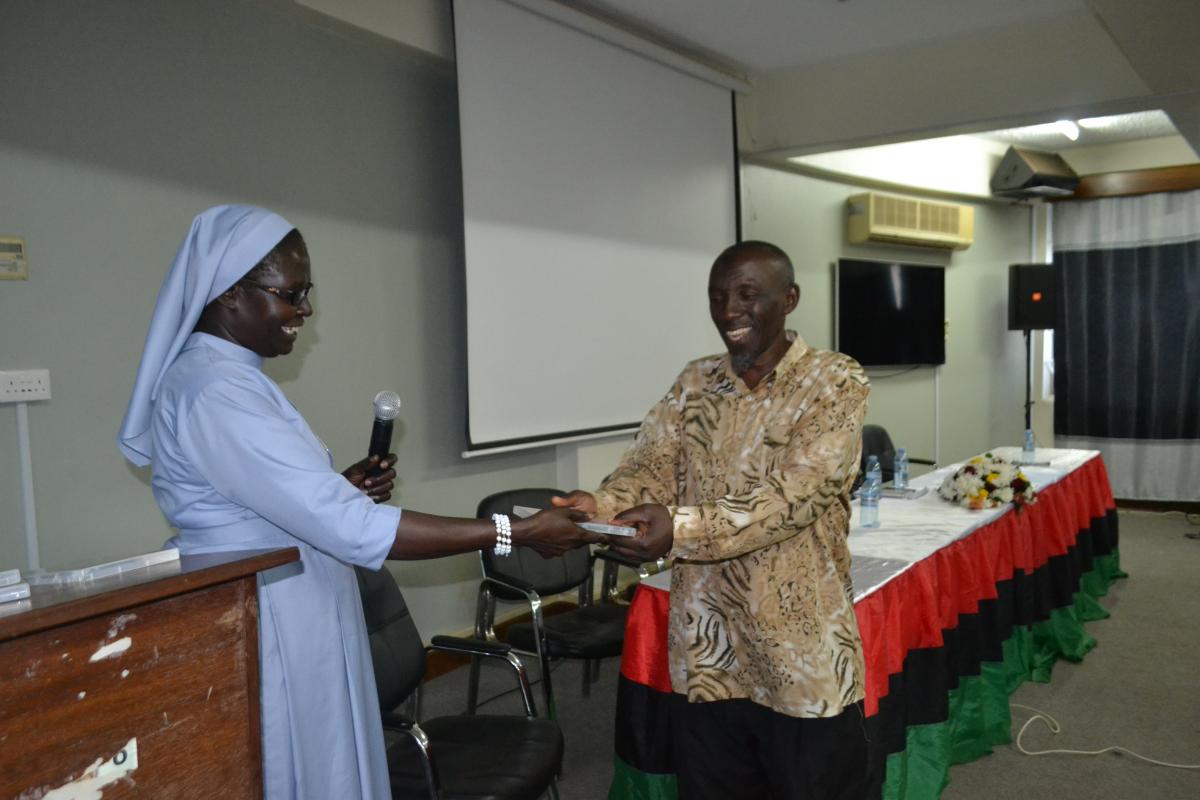 In a moving submission, Dr. Virgil Onama, a public health specialist by profession and a spoken word guru by passion lauded Makerere University and Prof. Dipio for breathing new life into the spoken word through Word Craft. “This is the beginning of the reincarnation of Makerere and Word Craft has demonstrated that we can initiate, originate and substantiate the originality of our culture by documenting it” he said, before adding “we need to put it on record that we are the people giving significance to our ‘Africanness’.”

He lamented the current trends like social media that had made us irrelevant to ourselves by replacing the spoken word with digital texting on WhatsApp, and when we did speak, it was in a cacophony of English words, that paled in comparison and expression to richer, multilayered languages such as his own; Madi. He shared that his latest contribution to the spoken word is the compilation of a Madi-English dictionary, set to be released before the end of 2018.

“We do things by saying them” chipped in Prof. Abasi Kiyimba, “we mean them and have the right to say them” he continued.  “We need to have the authority to back the things we say so as to appropriately replay when prompted or authorized, for example, saying ‘I do’ when reciting your marriage vows,” he shared, in line with his current research on ‘Words that Perform’.

“The word is here to stay and poets, spoken word artists need to be given audience and a platform” continued Prof. Dipio. “The word as an art has to develop, even as much as we have this technology today. We should use technology as a tool to capture and preserve the spoken word.” 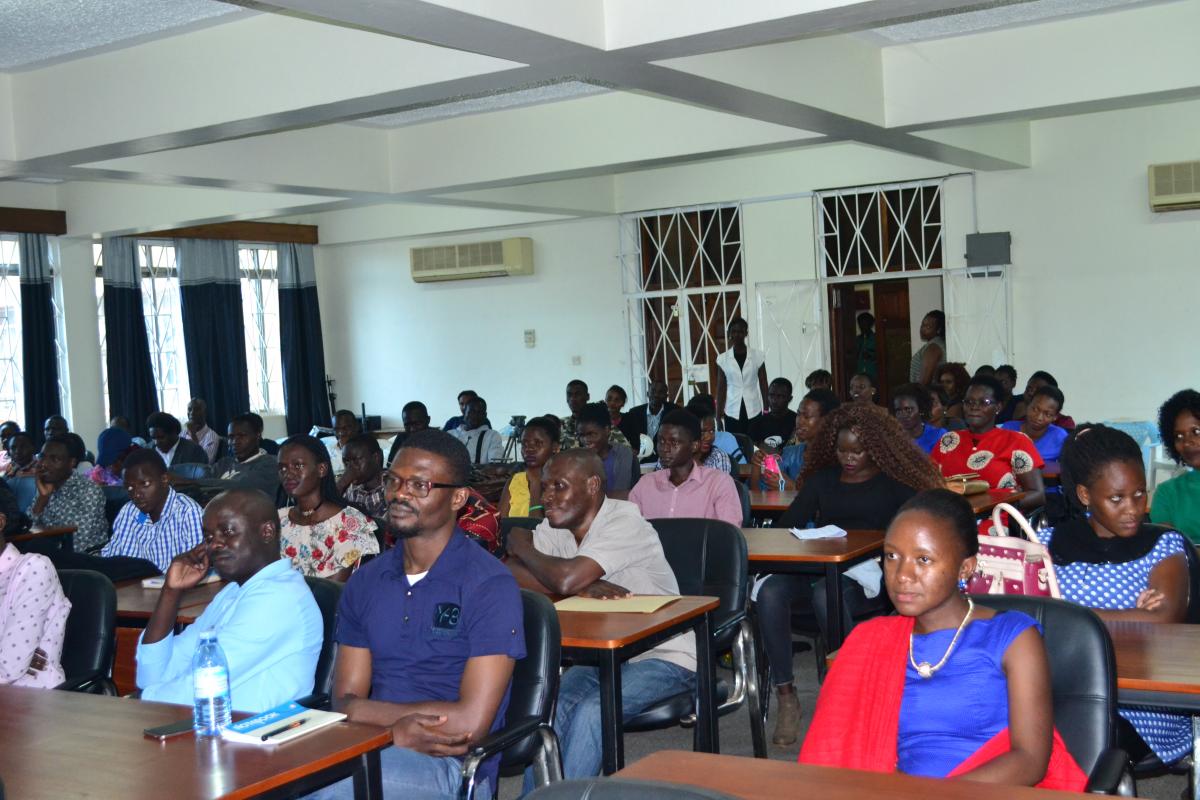 “Humanities are not useless and I thank Prof. Dipio for raising the flag high through this film and her other works” said Dr. Josephine Ahikire as she made the concluding remarks of the day. “I congratulate the Department of Literature headed by Dr. Okot Benge and the Acting Dean-Dr. Gilbert Gumoshabe for steering the School of Languages, Literature and Communication to raise ideational leadership as a college. Through books, film and performance, we use our power to make Makerere what it is” she added, and thereafter declared Word Craft launched.

The award for the most spirited performance at the Word Craft launch went to Mr. Peter Kagayi, a lawyer by training and versatile poet by writing and execution. His energetic performance on “The Word” so stilled the audience that you could have thought someone repeatedly stole their breaths in the breaks that punctuated the performance. He truly lived up to Dr. Kahyana’s introduction of his act as “the leading performance poet”.