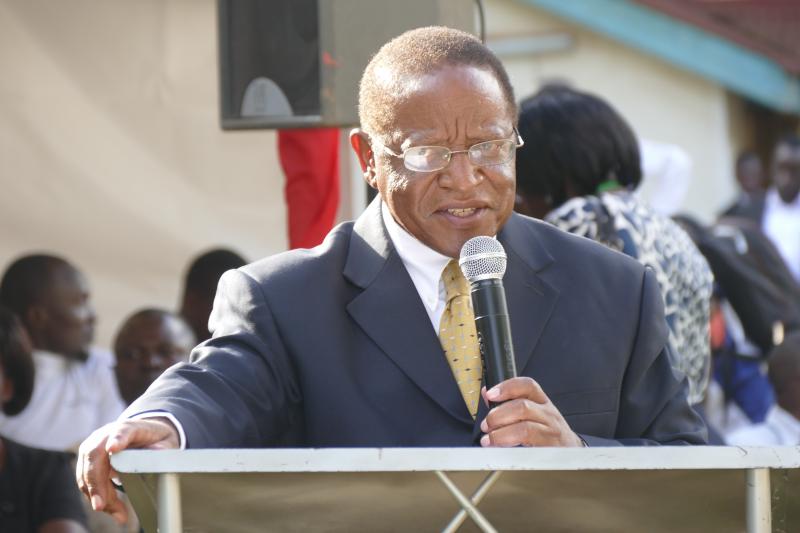 MAKPAFAA, the first Chapter of the Makerere University Convocation, is an association of the alumni and well wishers of the Department of Performing Arts and Film. Its main objective is to engage the alumni in the implementation of the activities of the five-year Strategic Plan rolled out last year to revive the glory of Department. The objectives of the PAF Reloaded Strategic Plan include; improving productivity, staff and student welfare, resource mobilization, infrastructure as well as research and project development. MAKPAFAA will be headed by Ms Deborah Asiimwe Kawe, the producer of the Kampala International Theatre Festival, also alumnus of the Department of Performing Arts and Film. She 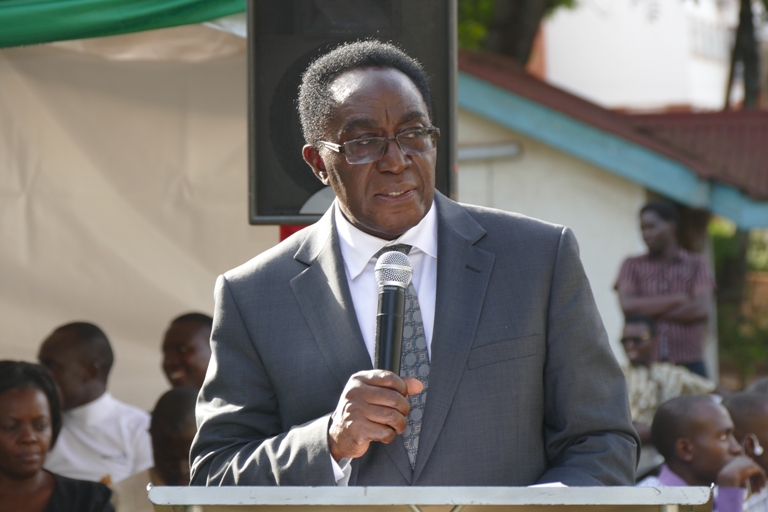 will be deputized by Makerere University’s first female Guild President Norah Njuba Bwaya. Other members of the committee include Ms Lillian Mbabazi, an Assistant Lecturer of Applied Theatre and Drama, Abby Mukiibi, Andrew Lwanga Ssebagala, Stella Wadiru and Robert Kiwanuka. The Committee was officially inaugurated by the Chair of Convocation, Dr Tanga Odoi. 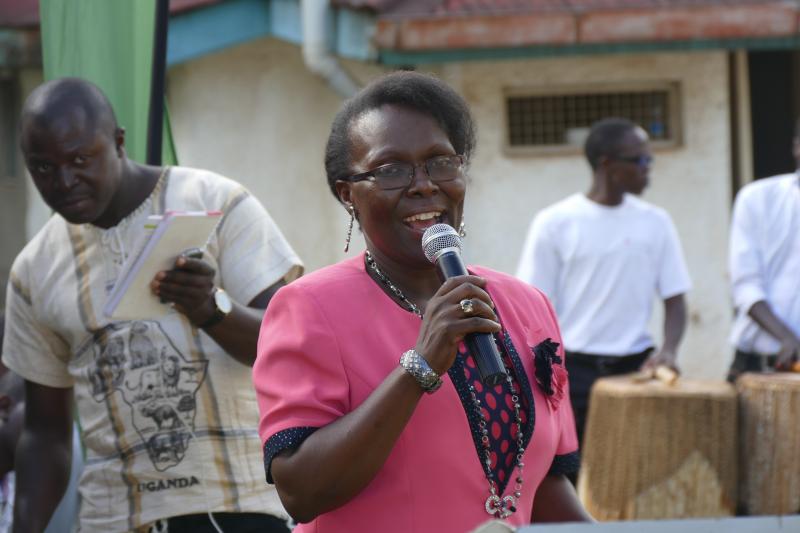 progress in the Department, the Chancellor commended the collaborations between PAF and other institutions, noting that they are a very important milestone since the University largely depends on private as opposed to public resources. According to the Assoc. Prof. Sylvia Nannyonga Tamusuza, PAF enjoys a number of collaborations with institutions within and outside Uganda. Notable among them is the Norwegian University College of Dance that supports staff and student exchanges and intercontinental performances. The Department also entered collaboration with InterAid Uganda to enhance the skills of refugees in the performing arts. Assoc. Prof. Sylvia Nannyonga Tamusuza is the Head of the Department of Performing Arts and Film.

The Vice Chancellor commended Makerere University Convocation, CHUSS and the Department of Performing Arts and Film for spearheading the formation of alumni chapters. “The Convocation is coming in at a time when the University is actively engaged in finding alternative sources of funding to supplement its meager budget. I thank the Chairperson and Executive of Convocation, the 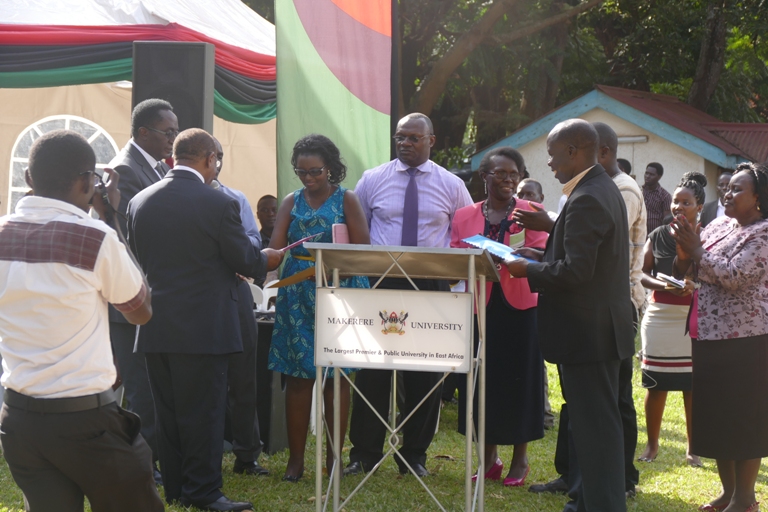 Principal and staff of CHUSS and the Head and staff of the Department of Performing Arts and Film for initiating ideas to assist Management in its efforts to raise resources for the University,” he said.

The Principal of CHUSS, Prof. Edward K. Kirumira called on the management of PAF to partner with the alumni in training students. “Every course should have a visiting alumnus. The alumni should contribute to the improvement of the PAF curriculum,” he said.  He appealed to the University Council to come up with a policy of naming Makerere University landmarks after exemplary alumni who would make significant contribution to the University.

Makerere University Convocation Chair, Dr Tanga Odoi, applauded the Department of Performing Arts and Film for an initiative he said would greatly contribute to raising funds and improving the image of the University. He urged the University Management to support the teaching and learning of liberal arts, emphasizing that no society can ably progress without a strong culture. He called for the formation of more chapters and pledged more support towards the activities of MAKPAFAA and the University.

The Chair, Department of Performing Arts and Film, re-echoed her commitment to reviving the glory of PAF. Working closely with the alumni, the Department under 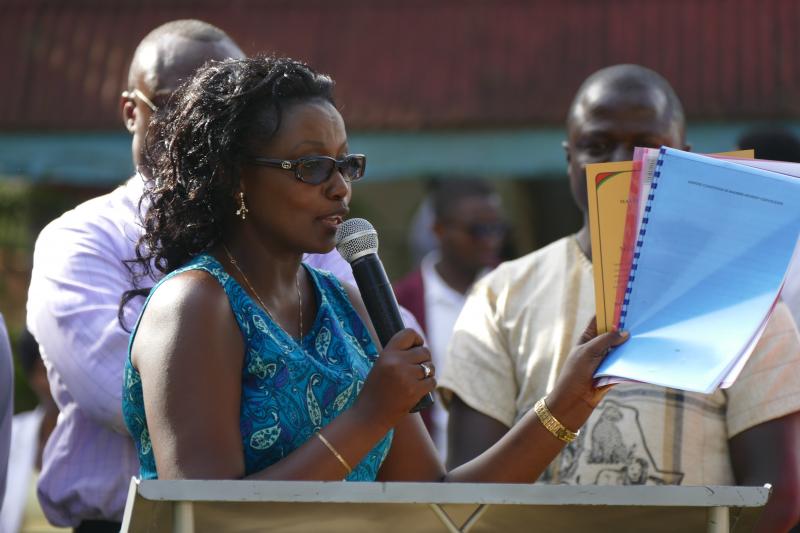 The visibly excited alumni pledged to support activities aimed at uplifting the Department.

In the course of the event, Prof. Kirumira launched one of the latest publications by members of staff in the Department of Performing Arts and Film titled; African Musics in Context: Institutions, Culture and Identity.  The publication is one of 10 books produced by the staff of CHUSS in the last one year. Others include Omulanga gwa Lawino by Prof. Abasi Kiyimba and Elections in a Hybrid Regime by Prof. Sabiti Makara. Edited  by Thomas Solomon, African Musics in Context: Institutions, Culture and Identity discusses the place of performing arts in 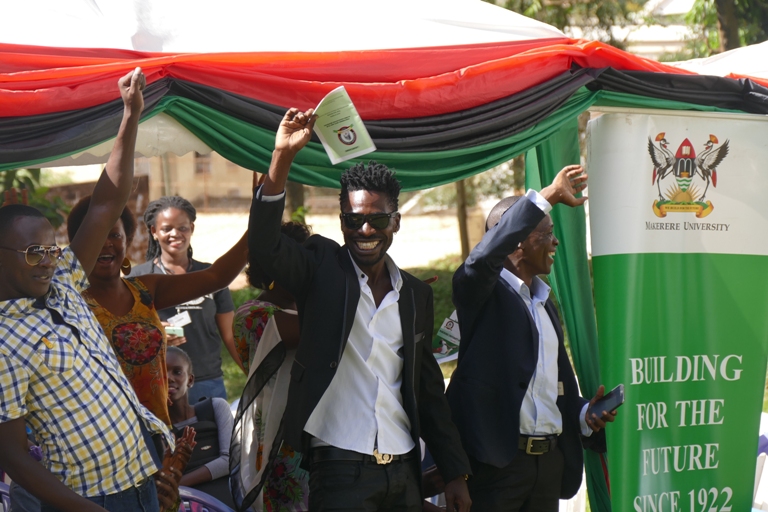 Ugandan society, archiving music and music sources, performing archival music, performing health and religious issues in music, music and identity in East Africa as well music in motion. The book follows up on and extends work in an earlier volume (Nannyonga- Tamusuza and Solomon2012) which included papers from the first ethnomusicology symposium. While this book focuses primarily on music and music research in Uganda, the chapters by the contributors from Tanzania, South Africa and Norway demonstrate the importance of scholarly and professional network that connect the different countries of the African continent with each other and with the larger international scholarly community. The book shows that professionalised ethnomusicology in Uganda continues to gain ground and make contributions to music research in Uganda, African, and the global ethnomusicological community. The chapters collected show that ethnomusicology in Uganda has a healthy institutional basis and promises to continue to make contributions that are relevant locally, regionally and internationally. The book exhibits some of the very fruitful results of the collaboration between the Department of Performing Arts and Film at Makerere University and the Grieg Academy at the University of Bergen. The launch was preceded with a citation from the book by eminent Literature Scholar, Mwalimu Austin Bukenya. 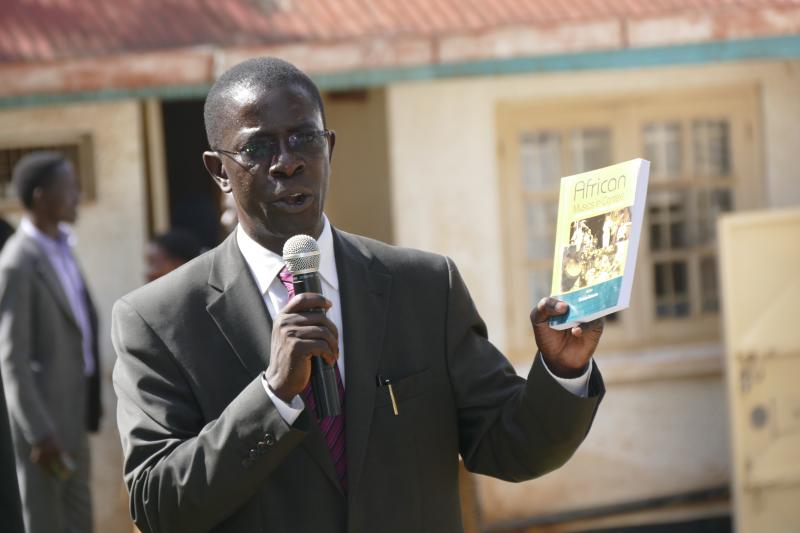 The event ended with a special performance by the Department’s Live Band in the University Main Hall. The performance featured popular music by legendary artistes like Philly Bongole Lutaaya, Joanita Kawalya and Elly Wamala.

During the show, the Management of PAF awarded certificates of recognition to Afrigo Band, Joanita Kawalya and the families of Elly Wamala and Philly Lutaaya for their outstanding contribution to the development of Uganda’s Music Industry.

See pictorial of the event below