The Head Department of Development Studies Dr. Robert Esuruku on Friday 16th September 2022 handed over the instruments of power to Dr. Resty Naiga in Acting position as a stop gap measure awaiting the process of appointing the d substantive head.

The handover ceremony held at the CHUSS Smartroom was witnessed by the Principal represented by her Deputy, Deans, Heads of Departments, some academic and administrative staff chaired by the Dean School of Liberal and Performing Arts Prof. Patrick Mangeni. 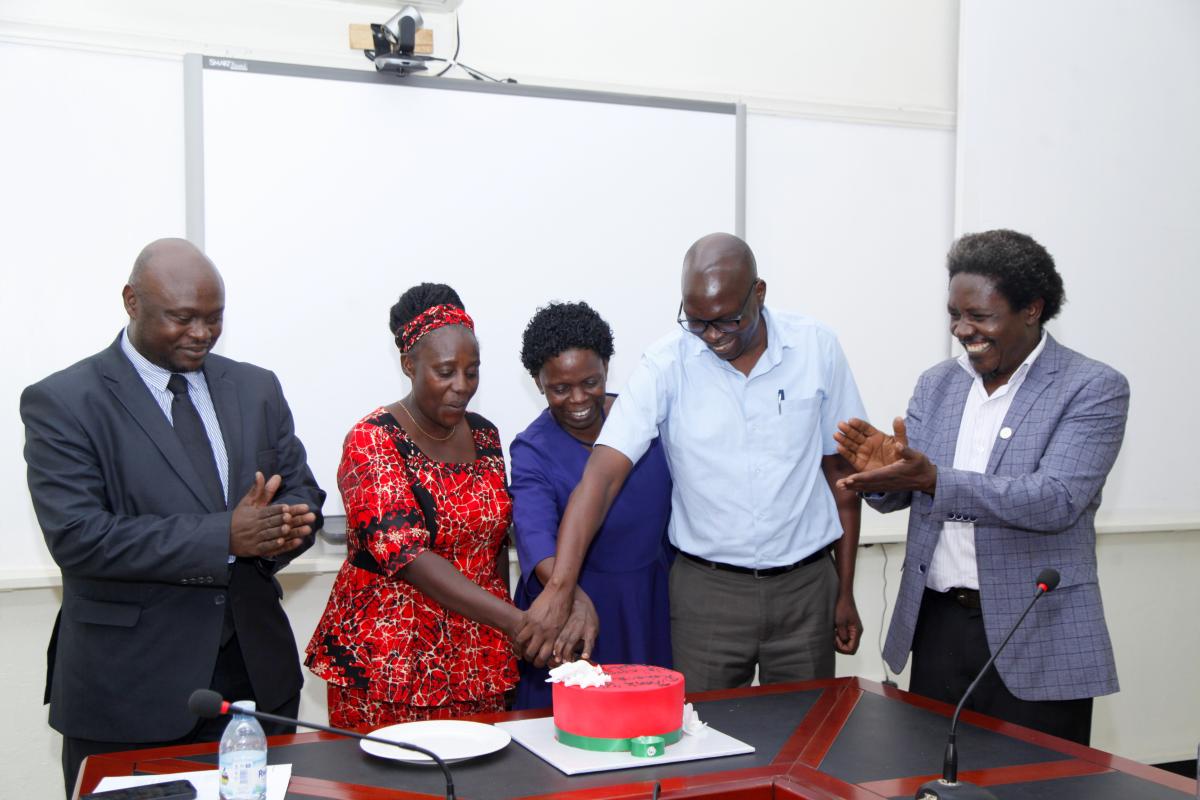 Dr. Esuruku has served for one- four-year term as head. He was appointed on acting basis from 1st January to August 2018 and thereafter, appointed substantive head from September 2018 to 31st August 2022.

The Deputy Principal Dr. Eric Awich Onen described the hand over as a good moment imploring staff to build good relationship as they serve and to recognize everyone’s contribution,

“We all make our entrance and exist. However, we should always strive to do our best to leave a legacy that can be cherished beyond those we hand over office”, Dr. Awich said.

Awich hailed the outgoing head for developing PhD program as a big achievement and an example of high work ethics. 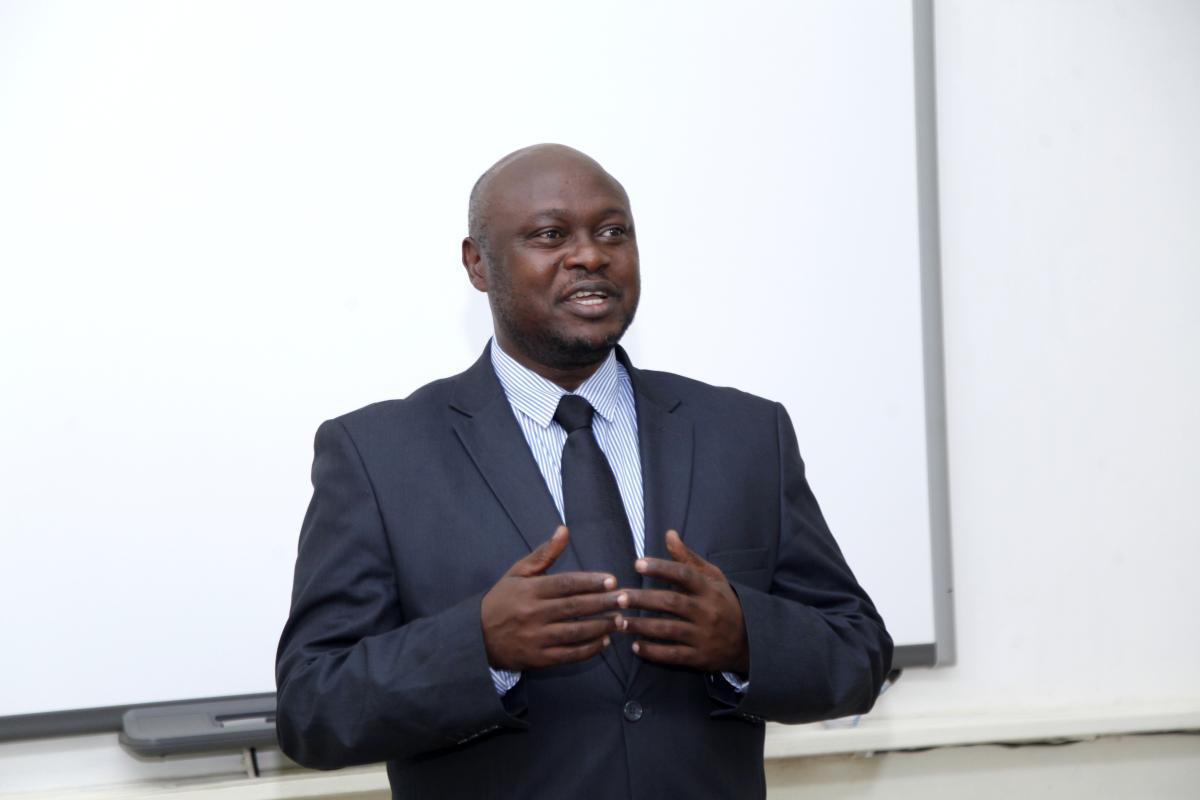 “I encourage Resty that Robert has built a strong foundation and recognized everybody’s contribution. Continue from where Robert left. We appreciate his leadership and recognize that he did not work alone. As Principals office, if you have any issue please call”. Awich said.

The Dean School of Liberal and Performing Arts Prof. Patrick Mangeni appreciated Dr. Esuruku for the leadership noting that one of the experiences of a head, is, the consumption of own time to undertake personal duties and hence, the need for the ability to navigate carefully to be able to do own work. 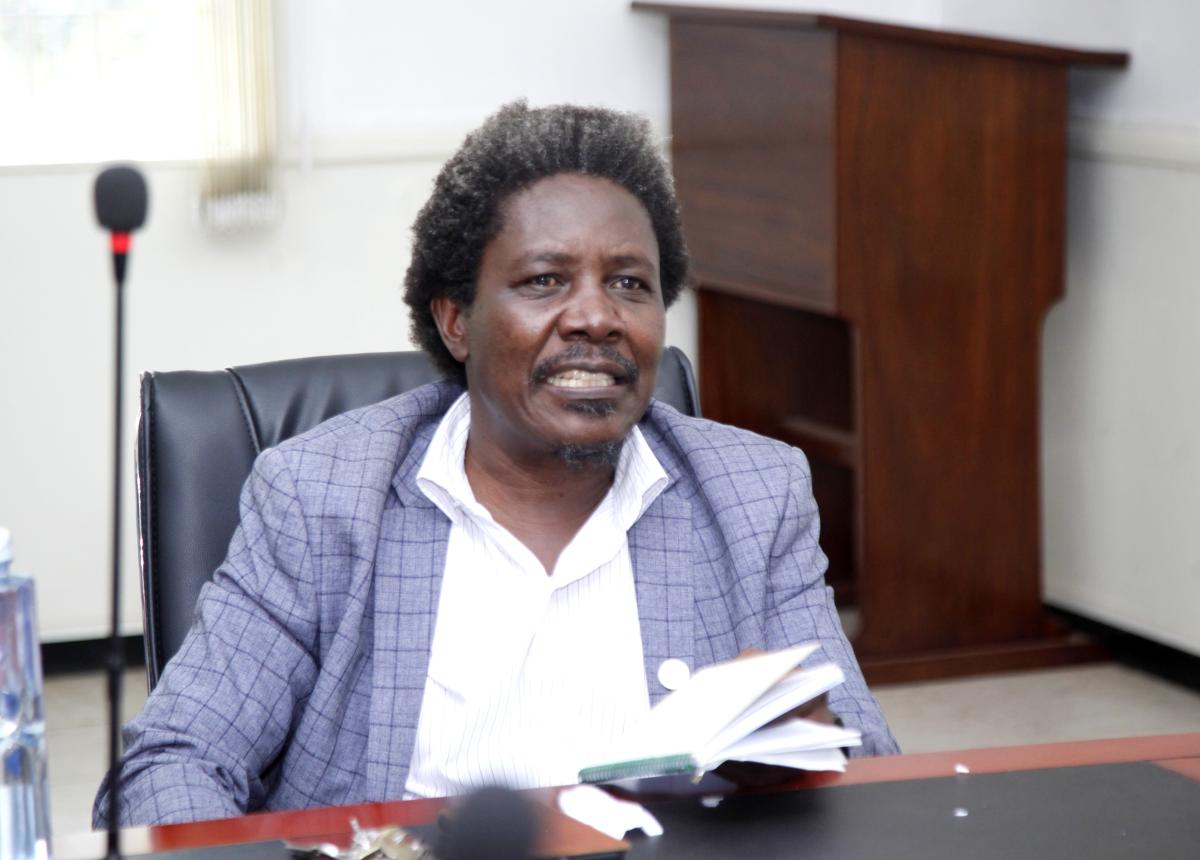 “I thank Dr. Esuruku that he was able to be promoted to the rank of senior lecturer and within his term we have moved   his application for promotion to the rank of Assoc. Professor and has done a lot of publications,

Your department has taken leadership in terms of program review and development. The department has been able to submit two masters and a PhD program. In terms of school, this is the department that was able to complete its responsibilities in time.”. The Dean commended.

Prof. Mangeni also credited the outgoing head for the increased number of programs and students in the department, the resilience in his efforts to acquire office space and capacity building efforts that enabled staff to acquire PhDs as well as  managing the examination time.

“Let us know that we are moving and trying to serve the university. Dr. Naiga will serve her term and another person will be next. Strive to make sure that the next person has a place to come in and that everybody has  a service to render to the university at all levels and therefore going forward, we need each other and when someone comes in, they should not get shock”. Prof. Mangeni advised.

Handing over the instruments of power, Dr. Robert Esuruku expressed gratitude  to the Makerere University Council, the University Management, the College of Humanities and Social Sciences, the School of Liberal and Performing Arts, and the Department of Development Studies for offering hime the opportunity  to serve for 4 years and 8 months as Head of the department. 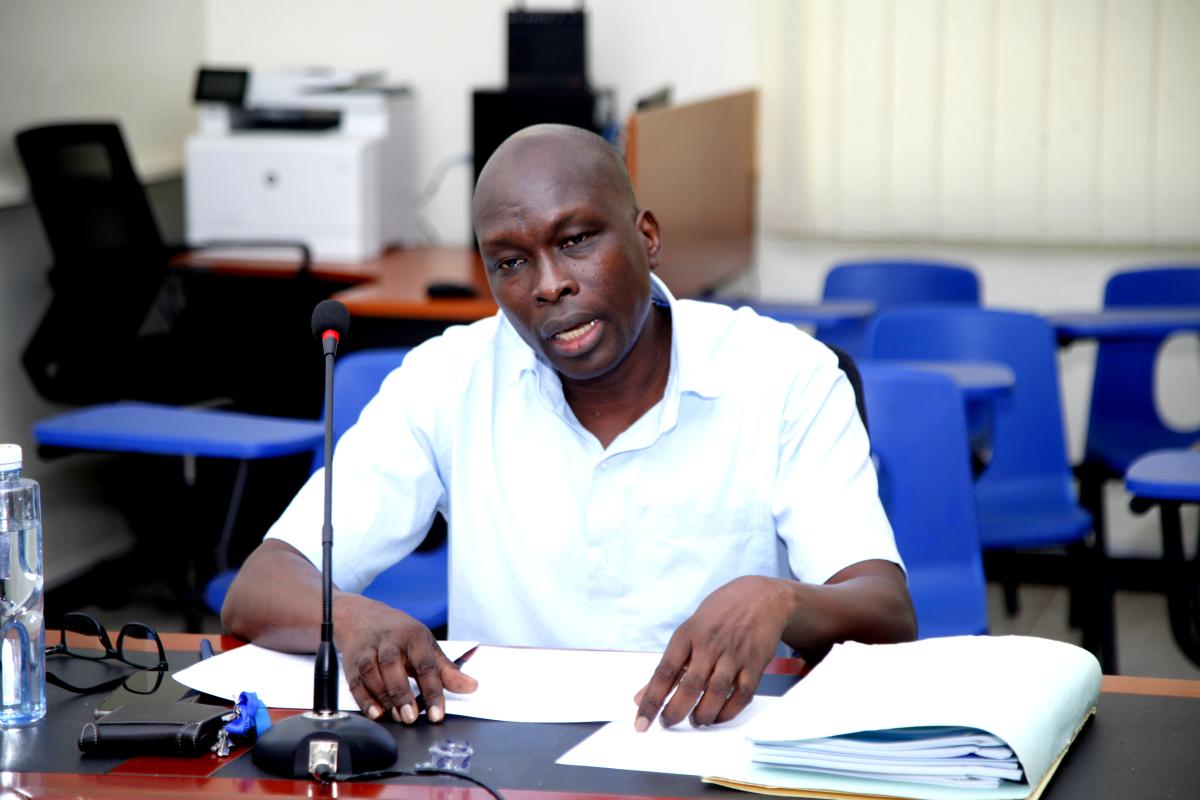 Esuruku reported that in 1997, Makerere University started the Bachelor of Development Studies which is among the top 15 popular programmes offered at the University with an annual average enrolment of 360 students.

The programme has trained and released into the labour market close to 10,000 graduates. These professionals are gainfully employed in local, national and international organisations including United Nations, the World Bank, the African Development Bank and Universities around the world”, He said.

Dr. Esuruku also said the Bachelor of Development Studies is central to realising the National Development Plan III, Vision 2040 and the Global Development Goals recognised and backed by national legislation. .

The Subject of Development Studies (developed)

The outgoing head further said the department established collaborations with Radboud University Nijmegen, the University of Siegen, and the University of Birmingham that come with opportunities for training, research, and mentorship for students and academic staff.

Dr Esuruku highlighted a number challenges facing the department including inadequate staffing and reliance on partime staff, poor management and quality of the programmes offered at Jinja campus, lack of office furniture. He advised the incoming to handle pending issues including the development of the remaining proposed graduate programmes, operationalisation of the Institute of Development Studies and celebration of the 25 years’ existence of Development Studies

The incoming Ag. Head Dr. Resty Naiga accepted to take on the task saying, she was greatly humbled. 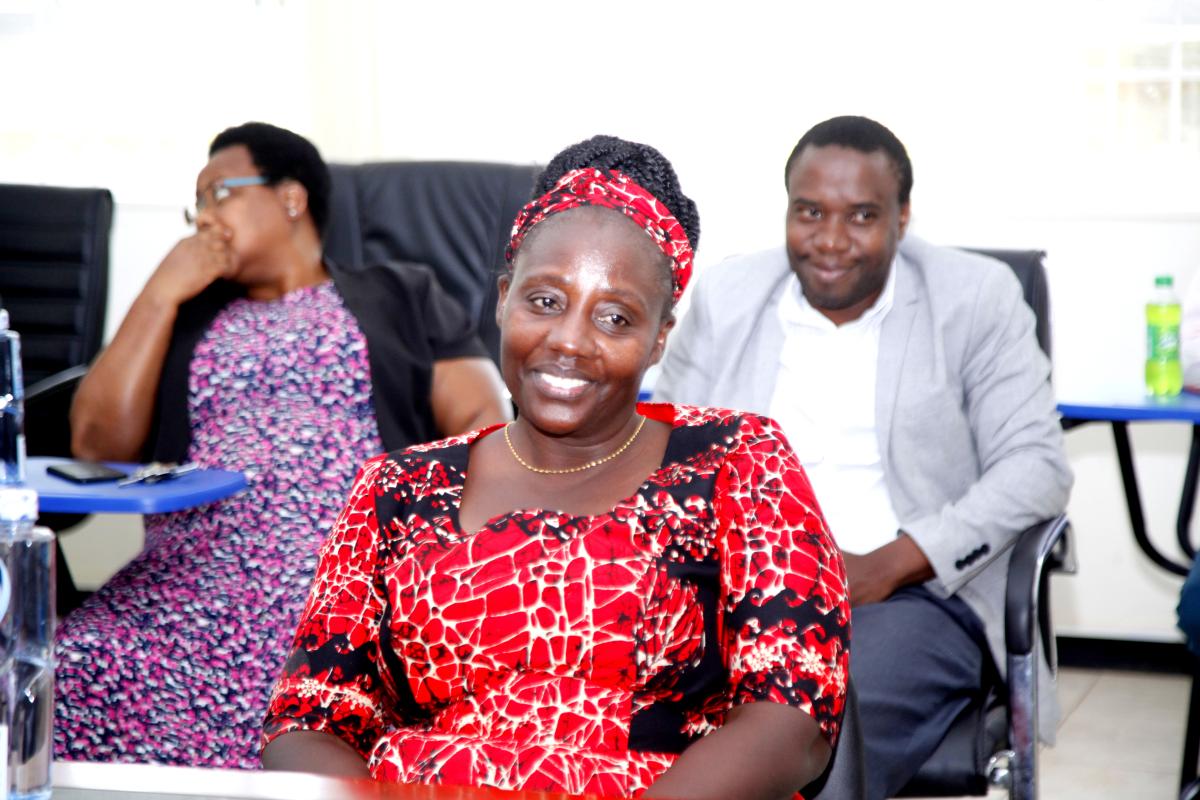 “For me it is  a word of thanks for the outgoing head who has done his best to find a home for the department. Thank you Dean for the support and I look forward for the support from the principal’s office. For the critical issues and pending programs, I count on you colleagues for support”. She said.

She also thanked his predecessor Dr. Esuruku for the job well done adding that she counts on him for the support to push the department forward. 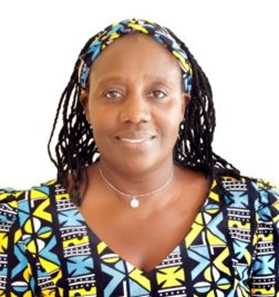 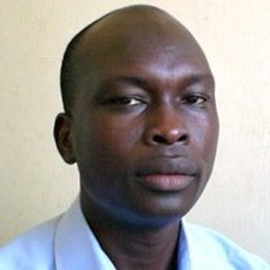 Robert Esuruku, has  a wide range of team-based and individual professional experience in working with government, non-governmental organizations, development partners, academia, research institutions and the private sector.  He has  over 15 years’ experience in social science research and administration. Dr. Esukuru has evaluated the government of Uganda in the thematic area of Democracy and Political Governance within the framework of African Peer Review Mechanism (APRM). He has designed, implemented, monitored and evaluated the Uganda’s Government-led affirmative framework for the recovery of Northern Uganda for 5 years.

Dr. Esuruku has also taught in several institutions of higher learning in Uganda and abroad. He was the Dean of Faculty of Humanities and Social Sciences and a member of University Governing Council, Uganda Martyrs University.  He was also the Director of Research and the Chair of Graduate Programmes in the same University.