Makerere University researchers have transformed Ugandan folktales into animation films for educational and leisure purposes. The folktales include Njabala (a Central Region adaption), Hidden Riches (a Western Uganda adaption) Lia and Origa (a West Nile adaption) and Opiyo and Odongo (an Eastern Uganda adaption). The films were unveiled at a research dissemination event presided over by Makerere University Vice Chancellor, Prof. Barnabas Nawangwe on 15th October 2020. 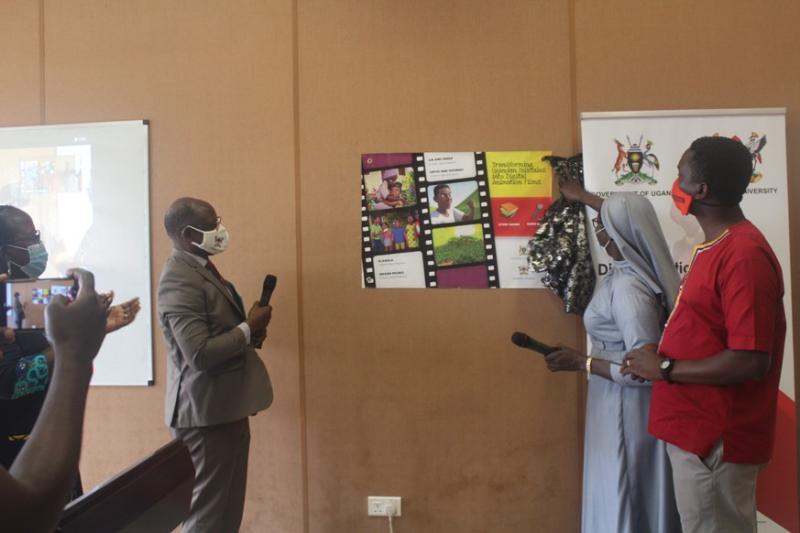 The objectives of the project include generating cultural contents relevant for the educational and recreational needs of Ugandan youths, with the aim of facilitating the 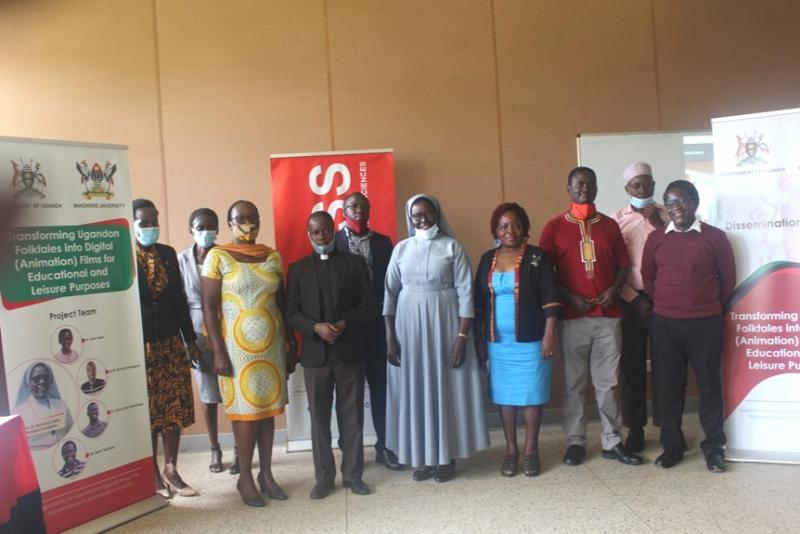 implementation of the 70% Local Content Media Policy of Uganda. The project also aims to contribute towards Uganda’s creative and cultural industry, through production of artistic content that could be distributed beyond Uganda. It is supported by the Government of Uganda through the Makerere Research and Innovations Fund (RIF), and partners including the Uganda Communications Commission and Cross Culture Foundation Uganda.

Addressing participants at the dissemination event, Prof. Sr. Dipio appreciated all the partners for the support towards their efforts to “preserve and promote the positive values of Ugandan cultures, both in tangible and intangible heritages”. Commenting about the films, Prof. Sr. Dipio emphasized the importance of interdisciplinarity in research. “Interdisciplinarity creates greater impact. The current project has brought together an interdisciplinary resource from literature, philosophy, performing arts, and architecture to produce a new art that integrates other arts forms. Through it, we have lived the experience of film as the 7th art that builds on earlier arts like architecture, sculpture, painting, music, literature and dance. This experience has shown us the benefits of interdisciplinarity; we should not lockup ourselves in unproductive disciplinary silos,” she noted. 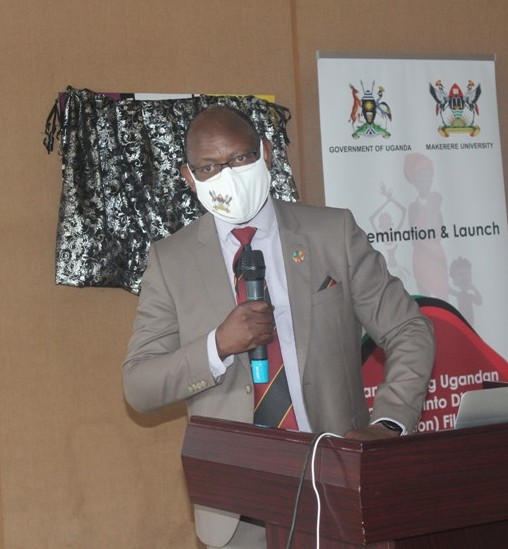 Prof. Dipio appreciated the Vice Chancellor for his efforts aimed at transforming Makerere into a research-led University. “This project is a result of the vision you and your team initiated, and invited us to participate in. Our vision of adapting animation films would not be fully realized if it were not for the opportunity accorded to us by the Makerere Research and Innovations Fund (RIF). We are delighted to be part of this mosaic of researchers under the RIF project, contributing to the magnificence of your bigger vision of translating and implementing the vision of the Government of Uganda,” she said.

In his remarks, the Vice Chancellor, Prof. Barnabas Nawangwe appreciated the researchers for their efforts towards preserving and promoting Uganda’s diverse cultures, emphasizing that a country with no sense of culture lacks sense of direction. “Technology, now, helps us to migrate our stories and adapt a medium that suits the context! This is where the innovativeness of this research resides. The research that culminated into these film productions is very important, as it makes our stories also travel in the spirit of cultural exchange; so that we are not always the recipients and consumers of foreign cultures, but we also offer ours for others to consume.”

The Vice Chancellor implored the research team to disseminate the films extensively. He commended the College of Humanities and Social Sciences (CHUSS) for its “renewed energy” in promoting research and academic debate at the University. He expressed gratitude to the Government of Uganda for the unwavering support towards research at Makerere University. Through the Makerere Research and Innovations Fund (RIF), the University has so far received UGX45 billion to support high impact Research and Innovations that inform National Development Priorities.

The Principal of CHUSS, Prof. Josephine Ahikire and the Acting Dean of the School of Languages, Literature and Communication, Dr Edith Natukunda appreciated the Department of Literature for its enormous contribution towards research and the arts and film industry in the country.

Background of the Project

The Department of Literature has been committed to documenting oral traditions and literature since the 1970s. However, in 2007, when the Department had an opportunity to engage in a bilateral collaboration with the University of Bergen under NUFU: The Norwegian Programme for Development, Research and Education from 2007-2012, titled: The Role of Ugandan Folklore as Repository of Traditional Wisdom (2007-2012), the oral literature in the Department was scaled up because this was the era of digital media effusion. Besides the conventional outputs of this project such as: books, human resource development in the department in terms of trained MAs and PhDs, the Department used the opportunity to document Uganda’s folklore in multi-media format: documentary films, audio stories, and live audio-visual recording of storytelling performances in schools. 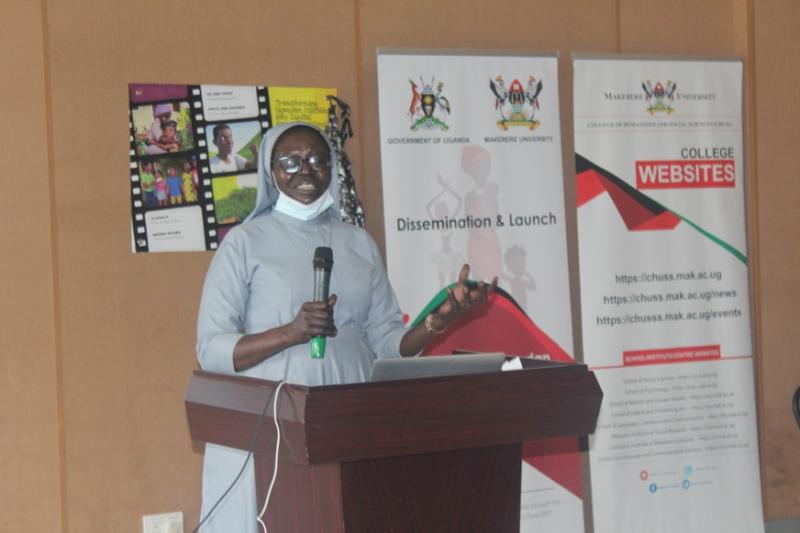 In 2012, the Department published a collection of folktales from Uganda titled: Traditional Wisdom: Folktales from Uganda, which has travelled a bit. In the current project (Transforming Ugandan Folktales into Digital (Animation films for Educational and Leisure purposes), the research team had hoped to collect folktales with specifications that fit into the project objectives. However, it has not been possible to freely travel afield because of the lockdown that has been experienced globally this year.

The project method of choice, as far as possible, was to spread the 4 stories among the different regions and language groups in Uganda. The project team considered diversity in themes and suitability for children and young adults. In this regional diversity, they envisaged an opportunity to craft the nation, Uganda, through art, through the folk narratives.

The overall vision of the project is to produce 10 animation films, adapted from folktales in Uganda.

See details on the project in the attachments below.