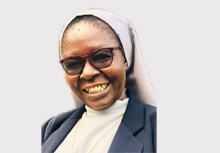 Dominica Dipio is a full professor of literature and film in the Department of Literature. She is a recipient of several distinguished fellowships and academies such as: Propaganda Fides (Rome), The East African Commonwealth, Fulbright, African Humanities Program (AHP), the Cambridge-Africa Programme for Research Excellence (CAPREx), and the Leadership Academy – HERS-SA. She has published widely and has directed films in her interdisciplinary research interests of literature, film, folklore, popular culture, audience, and gender studies.

Research Topic:
The Literary, the Cultural and the Political in Literature Department’s Post-Colony Era: A Historical Perspective
Abstract:

Makerere distinguished itself as an intellectual hub when it held the first-ever international literary conference in the 1962, in the very year Uganda got its political independence. Since that conference attended by the iconic names in African literature on the continent such as Chinua Achebe, Wole Soyinka, Ezekiel Mphahlele and Ngugi wa Thiongo, Makerere has been seen as a beacon of literary and intellectual energy, ushering the hopes that defined the postcolonial decolonisation agenda in literature. Phenomenon statements that remain topical to African literary and cultural studies were pronounced then. These included the definition of African Literature: what constitutes it? Who should write it? Whose experiences should it represent? And above all, in what languages should it be written to qualify it African?  These significant and political questions asked at the Makerere Conference, at a time when political consciousness on the continent was at its height did not only set the tone of African literature as ‘political’ but also branded Makerere as a frontline and progressive university in relation to the literary and the cultural, with a hunch of the discipline’s relevance and role towards public interest debates. This character of Makerere has remained alive in the memories of scholars in and out of the continent. It has placed Makerere squarely as an institution whose intellectual activities have everything to do with benefiting and developing the nation in both its present and the future.

The major objective of this research is to trace the story, life and performance of Makerere’s Literature Department over the years. In the literary fraternity within the East African countries (Kenya, Tanzania and Uganda), Makerere was looked at as the ‘mother house’ of the postcolonial literary tradition in the region and beyond. Ugandan writers like Okot p’Bitek, Joseph Buruga and Okello Oculli are remembered in East Africa as those writers who broke with the ‘grand English tradition’ of writing and reading literature to find their unique voices in the ‘song school’ of writing. This set the pace for an African literary revolution. P’Bitek, an anthropologist turned literary writer, took a bold step with his ‘return-to-source’ perspective that vibrated researches in oral literatures. This was distinct because prior, oral literature was not thought of as worthy of academic engagement. Contrary to the English tradition that saw literary engagement as the practice of a solitary writer and reader, who sits in the privacy of his office or study to do so, the Afrocentric literary scholar who draws his/her creative energy from the community should be out in the ‘field’, in the community, collecting oral forms and understanding them from the perspectives of the everyday users of the languages and performances. In the process, the researcher becomes an active participant in the entire process of meaning making. This was a major shift in the methodology of doing literature, and with it came the re-thinking of the curriculum in the pedagogy and content of literature.

P’Bitek’s contribution as an anthropologist-literary scholar helps us problematize the tendency of segmenting knowledge production and consumption into ‘neat’ departmental boundaries. Way back then, p’Bitek practised what is trending in the academic today: interdisciplinary knowledge production. We are coming around to recognise that while knowledge production and consumption can be conveniently compartmentalized into departments, it is limiting to keep our minds in such compartments. Interdisciplinary research engagements are richer as they offer multi-facetted perspectives to a research problem. P’Bitek also took up one of the issues raised at the Makerere 1962 conference on the language of African literature. In the spirit of ‘decolonisation’ he started writing in his mother tongue (Acoli) in the 1970s, although this was not sustained. In terms of bold ideas and practice, these were the ‘golden’ years of the discipline. How has the Literature Department faired along these lines, over the years?