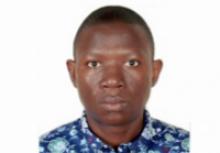 Medadi Ssentanda holds a PhD in General Linguistics from Stellenbosch University. He is currently a Lecturer at Makerere University, Department of African Languages and a Research Associate at Stellenbosch University (South Africa). His research interests converge around language policy in the school context, mother tongue education in multilingual communities, classroom interactions and linguistic landscape. He has published on the challenges of mother tongue education in Uganda, the challenges of literacy acquisition in Ugandan rural schools, issues in and around the thematic curriculum in Uganda, and the language ideologies hidden in the linguistic landscape of schools and the public space. His research points to the need to address issues of linguistic imperialism and the decolonisation of the African mind.

Gerald Walulya is a Lecturer in the Department of Journalism and Communication, Makerere University. He holds a PhD in Communication from the University of Oslo, Norway. His teaching areas include, Public Affairs Reporting, News Writing, Reporting and Production, Media Management and the Art of Public Speaking. His research interests include political communication and journalists’ safety. Some of his most recent research focusing on journalists’ safety and self-censorship has appeared in The Journal of Media and Communication and in books published by Routledge and IGI Global. Gerald is currently working on research that focuses on analysing and interpreting former Ugandan President, Idi Amin’s photographs to find out people’s contemporary views about him and the narratives behind his photographs. 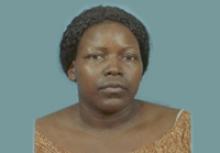 Ruth is a Senior Lecturer in the School of Women and Gender Studies. Ruth holds a PhD in Gender Studies, an MA in Women Studies and an Hons Degree in Library and Information Science of Makerere University. Research interests include gender and ICT, integration and uptake of technology in education, health, agriculture, and mainstreaming gender. 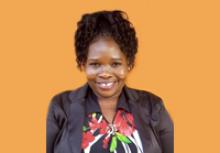 Eve Nabulya is a Lecturer in the Department of Literature at Makerere University, Uganda. She holds a PhD in English from Stellenbosch University, South Africa. Her research is centred around understanding how literature negotiates and articulates her philosophical and practicable contribution to development. She is particularly interested in the interface between literature and discourses of ecology and the natural environment (ecocriticism) and literature and rhetoric. Her other interests include Literary Theory, African Drama, 20th Century Theatre, Shakespearean Drama and Oral Literature. 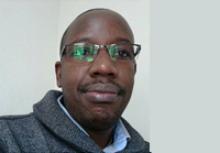 Amon Ashaba Mwiine holds a PhD (Sociology) from Stellenbosch University, South Africa. His Ph.D. project explored the phenomenon of ‘male champions’ - men who speak to issues of gender apparently on behalf of women - in legislative processes. He is currently a lecturer in the School of Women and Gender Studies, Makerere University. H teaches on courses that include; Gender and Sexuality, Feminist Theory and Critical Studies of Men and Masculinities. His research interests are in ethnographic and narrative forms of qualitative research; gender and politics and masculinity studies. Dr Mwiine has extensive experience research and policy analysis in gender and politics, critical masculinities and Gender Auditing particularly of Government Ministries and United Nations Agencies. His recent publication is on Negotiating patriarchy? Exploring the ambiguities of the narratives on “male champions” of gender equality in Uganda Parliament. Agenda. 33(1):108–116. 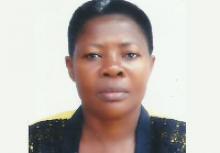 Fridah Katushemererwe is a Lecturer in the Department of Linguistics, English Language Studies and Communication Skills (DLEC), School of Languages, Literature and Communication (SLEC), Makerere University, Uganda. She holds a PhD in Language Technology from the University of Groningen, The Netherlands. Her research interests include morphology, computer aided language learning and natural language processing. Fridah teaches Applied Linguistics, Introduction to Computational Linguistics and Communication Skills at DLEC and has published a number of journal articles and two book chapters in high ranking publication outlets such as Computer Assisted Language Learning Journal by Taylor and Francis and the Oxford University Press. 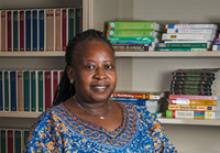 Dr. Florence Ebila teaches in the School of Women and Gender Studies, Makerere University.  She holds a PhD in African Languages and Literature from the University of Wisconsin, Madison- USA.  Her research interest is in gender, cultural and conflict studies.  She has done a lot of research on the representation of gender in African women’s autobiographies especially political autobiographies and autobiographies of women in conflict situations.  Her current research is investigating the relationship between autobiography and history. 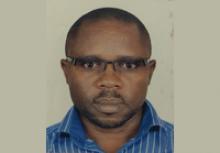 Innocent Masengo holds a PhD from the Department of African Languages, Makerere University. He is currently a Lecturer in the Department of African Languages, Makerere University. His teaching interests are in translation and interpretation, discourse analysis and phonology. However, his research interests span the wider areas of second and third language acquisition and multilingualism. Currently, he is researching on the status of Kiswahili language as both an acquired and learned language in Uganda. One of the strands of this research is the emergence of Kiswahili speech communities in the interior of Uganda, since, traditionally, Kiswahili was assumed to be spoken by either foreigners of Kenyan and Tanzanian roots, the armed forces as well as some Ugandans living along the border areas of Uganda.

Allen Asiimwe holds a PhD in African Languages from Stellenbosch University, South Africa. She is a Lecturer in the department of African Languages Makerere University. Her teaching interests are in the morphology and syntax of Runyakitara languages, specifically how morphology influences the structure and meaning of sentences. Her research Interests generally cover the documentation and analysis of Runyakitara languages and cultures which are currently under studied. Her research contributes to the preservation of indigenous linguistic and cultural knowledge as well as cultural realms 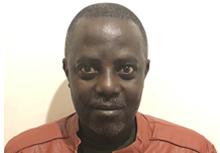 Edgar Fred Nabutanyi holds a PhD from the English Department, Stellenbosch University. He is currently a Senior Lecturer in the Department of Literature, Makerere University. While his teaching interests are in Children’s Literature, Critical Theory, Practical Criticism, and Media Studies, his research interests converge around issues of public discourses in the public sphere regarding how these channels — fiction and media — are subverted and assimilated by vulnerable and minority subjectivities for self-enunciation. The central thesis of his research is that vulnerable minorities like children, women, ethnic and sexual minorities stealthy reconfigure the public sphere with such illocutionary force to make their issues matter and transform their lives from mere statistical footnotes to critical societal issues. He is also interested in how new media are disrupting literature in interesting ways — such as providing new avenues of consuming literature, but also subverting the literary canon.